After an intensive judging process, the winner of the Nando’s Hot Young Designer (HYD) Talent Search Competition has finally been revealed. Katlego Tshuma has been named as 2020’s winner. For his entry, he looked to the traditional African mat for the inspiration behind his winning Sangu Bench. Sangu is the Xitsonga word for a traditional African grass mat.

“The Sangu Bench is inspired by the organic forms found in the movement and shape of the traditional grass mats which have been used across various African cultures as carpets, mats, screens and room dividers,” says Tshuma.

This, being the third-ever Nando’s HYD competition, saw young designers from across the nation answer the call to sensitively design a seating solution in the time of social distancing, one that could also be easily adapted once the pandemic subsides, as well as serving as an emblem of the resilience of the African spirit.

“Throughout the research and design of the bench, I kept true to the brief by creating areas that allow for two people to sit and still maintain socially distancing. I created isolated areas on a bench by incorporating the traditional mat as a divider and back support,” adds Tshuma.

“The standard of entries across the board for the HYD Benchmark competition was very high,” says Tracy Lynch, creative director of the Nando’s Design Programme. “We embarked on a very thorough judging process, which included an initial round of local SA design industry specialists and senior Nando’s design-focused team members.”

The multiphase judging process saw members of the design and creative communities from various countries assess entries over two rounds – narrowing the entries down to a shortlist of 22, and then further streamlining the candidates down to the top 10. The local panel included Steve Smith and Annemarie Meintjies of Visi; and Tracy Lynch, Michael Spinks, Jo Skelton and Malibongwe Tyilo of the Nando’s Design Programme. The international panelists included the respective Heads of Design for Nando’s UK, USA, Canada and Australia.

“Katlego came out tops because he had the highest total points, which means that the majority of the judges recognised the brilliance of this piece. From my perspective, Katlego won because his design was one of the most unique, jaw-droppingly beautiful, brave pieces of design entered,” says Lynch.

Commenting on the overall standard of entries, international judge Matthew White, Nando’s UK Head of Design, states: “I think the creativity in this selection is just fantastic. It was so refreshing to see some of the extremely unique and fresh approaches to the age-old problem of being able to rest one’s bottom somewhere! I was particularly impressed with how they had all thought about social distancing.”

“The calibre of bench designs for the HYD competition made judging quite a challenge! Each bench was special in its own right and you can see the thought and passion that has gone into every design to achieve the brief and a beautiful outcome. It’s exciting to think these will be available to use in Nando’s restaurant designs to add to the authenticity of the spaces. So much fresh creativity!”

The 2020 HYD winner was announced on 11 November 2020 at a gala event held at Constitution Hill in Johannesburg. The announcement proceedings were coupled with the official launch of Constitution Hill’s brand-new Flame Studio recording hub, which is sponsored by Nando’s. The event formed part of Nando’s multifaceted support of the South African creative industries, of which HYD is a part.

Nando’s longstanding support of the local design industry has allowed many a fledgling career to take flight. With its restaurants worldwide showcasing the best of South African art, craft and furniture design, and a strong design trade network, it’s shown itself to be a stalwart in the industry, working to not only discover, but also nurture new and undiscovered talent.

All 11 finalists (10 designs in total) were invited to a mentorship session hosted by Nando’s which allowed them to benefit from the experience and insight of established industry professionals. A range of top local designers shared their insights, approach to design and advice. 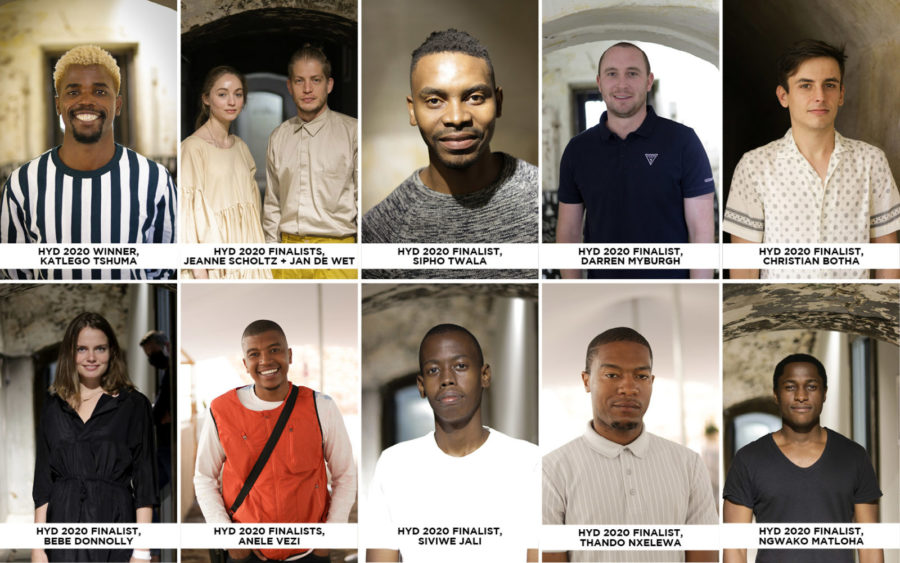 “I feel incredibly privileged to be part of the process of watching our young creatives find their unique and confident voices,” says Lynch. “This platform gives many the chance to share what’s important to them, and this aspect of HYD allows me to feel incredibly optimistic that the future of our country is in great hands!”