The journey to becoming a textile designer was not a straightforward one for the 38-year-old founder of Pone Creatives, Lesego Maloka. Although she initially studied graphic design, an internship at the end of her studies gave her pause about her career choice.

“I was doing the same thing I did at school, and in the end, I wasn’t sure I wanted to do that. I thought the workplace was going to be different,” says Maloka. Then someone at the event management company she was interning at introduced her to their art department. “I loved the fact that he was talking about colours and how to put everything together, and building these things; this is what really appealed to me.”

That moment would kick off a decade long career in the film industry, where she worked her way up from production to the art department, until when she was close to turning thirty, she found herself once again contemplating her future: “I remember I was sitting on set, when I was about 28…29 years old, and I asked myself, ‘if I had to die today, who would I want to be?’” She remembered a passion she’d always had for interior design. She signed up for a course and took on a part-time job at a fabric retail store while doing her studies.

“This is how the idea for Pone actually started developing. Over the first year at the retail space I actually spent a lot of time with the clients and hearing their stories. Many would come to the shop looking for gifts, and they would say ‘I’m looking for something African, but I’m not looking for a giraffe’,” explains Maloka, “at the same time in my personal life, my friends would ask me to help them with their spaces, and I would recommend they do something ‘that resonates with your culture, who you are, your identity’. They didn’t get it, and I started realizing that the only way is to actually do it, you know; and coming from the film industry, one comes with this mindset of anything is possible and nothing is restricted,” 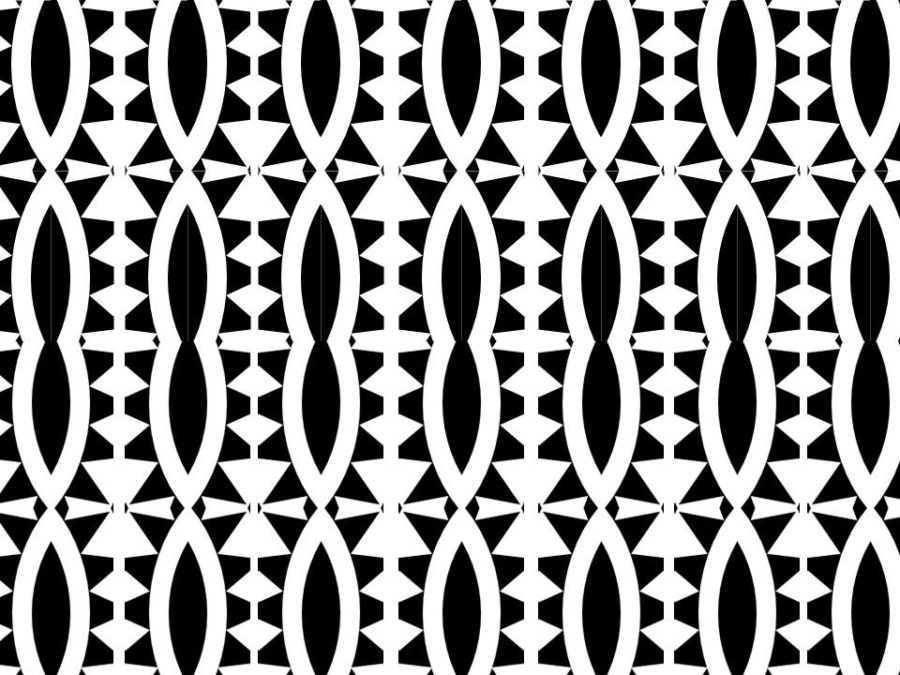 This led her to experimenting with pattern design while she worked at the store. Then as now, her focus was on heritage inspired designs, especially drawing from her own culture and family history. “We always grew up knowing that we were baTswana, but then we found out that actually, we were baNtwane, and that my grandfather was adopted by baTswana. Hence my story is that I’m a baNtwane raised in the baTswana clan,” she explains, referring to the lesser known story of the baNtwane people, said to have migrated from Botswana and ended up living with the Ndebele people in the Limpopo province.

As she explains it, her design process always starts with a word, which she slowly refines into a visual narrative: there’ll be words like maybe let’s say Africa; then I’ll think: what do I think of when I imagine Africa? Maybe a drum? Then what represents the drum? Then I go through that process.”

Initially, she printed her designs on paper and made them into book covers. Then one day, a client at the shop spotted them. “It was actually Annemarie Meintjies,” says Lesego, referring to the celebrated design media personality and deputy editor of Visi magazine. Meintjies encouraged her to look into showing and selling them. This was back in 2016, and over the next few months, Lesego would design more patterns and through seeking out collaborations, find ways to print her book covers onto fabric, and eventually show her work at a trade shows, which would then lead to more orders.

Eventually, her fresh take on culturally inspired design started to draw the attention of architects and interior designers; and that came with a fresh new learning curve about the technical aspects of textile design, one trade show and order at a time, eventually leading her to specialise in jacquard woven textiles for home furnishings as well as collaboration to create rugs.

It was while showcasing at Decorex that another designer suggested she look into jacquard weaving her textile patterns, which up to that she had focused on printing onto textiles. After making enquiries in Johannesburg where she was based, and struggling to find manufactures who could to assist her with smaller runs, she called up a factory in Cape Town and asked if she could intern and learn from them for a couple of weeks. “I was supposed to be here for two weeks, but I never left, it’s been two and a half years now,” she laughs.

“Being at the factory was an incredibly humbling experience. I remember there was a lady there whose job was to draw yarn. She sits there every day and just draws and just puts them through these needles. And she’s been doing it for 40 years; that humbled me and I said to myself ‘I’m going to learn and I’m going to go through every process’.”

That moment gave her a far greater appreciation for the technical side, and the hands it takes to turn her design ideas into quality textiles. “From the designer to dyeing the yarn, to the finishing and the final detail, through to cutting, to the storage; the whole process can take 100…200 people, it’s actually a very humbling. It’s through hands, and those teams that the Pone Creatives jacquard range becomes a reality,” explains Maloka

As her journey progresses, Lesego continues to draw on and celebrate her cultural background, as evident in her latest collection, called the Boikgantsho collection. “Boikgantsho means to be proud in the Setswana language,” she explains. In the collection, she draws inspiration from the bold motifs of the Ndebele culture and the colours of the Tsonga culture. The result is a series of graphic patterns expressed in blues, reds, greens, and yellows, against off-white back grounds. Her use of mid-tones keep the patterns understated, never overwhelming.

Her journey has come a long way from book covers, printed on paper, and the last four years have unfolded as a constant journey of learning that has taught her the value of previous experiences, even those gained from careers left behind. Says Maloka: “Use what you have. And the reason I’m saying that, is because when I came from the film industry, and then worked at a retail store, although I make it sound okay, at the time I thought it was the lowest job I’d ever done, I thought I was in the worst position. But it pushed me to say, ‘Okay, this is a decision I made. And this is where I am. How do I start over?’. And I realised that I’m a graphic designer, and I come from film industry. That’s when I said, ‘Okay, I’m going to start here and see what can I do.’ Be it what you studied, people you’ve met or the things you’ve heard; because what in initially made me create the product was listening to the customers everyday saying, ‘I need a gift’.”